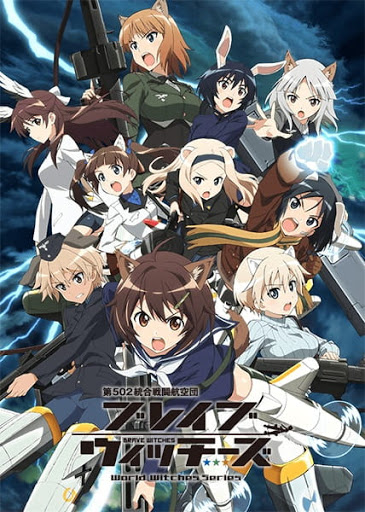 Description: Brave Witches - In September 1944, allied forces led by the 501st Joint Fighter Wing "Strike Witches" successfully eliminate the Neuroi threat from the skies of the Republic of Gallia, thus ensuring the security of western Europe. Taking advantage of this victory, allied forces begin a full-fledged push toward central and eastern Europe. From a base in Petersburg in the Empire of Orussia, the 502nd Joint Fighter Wing "Brave Witches," upon whom mankind has placed its hopes, flies with courage in the cold skies of eastern Europe.